In Turkey, there are opportunities to scale lessons learned from the BEA through city action via national government action under the Zero Carbon Building Accelerator. The national government has already shown global leadership on building efficiency. At the UN Climate Action Summit in September 2019, Turkey co-led the Infrastructure, Cities and Local Action track and joined the Zero Carbon Buildings for All initiative with the support of lead local partner, WRI Turkey. WRI Turkey also contributed to the development of a national energy efficiency action plan with which the Zero Carbon Building Accelerator will align. The Ministry of Energy and Natural Resources and the Ministry of Environment and Urbanization have signed on to provide strategic input and collaboration.

With support from GIZ, the national government is also developing roadmaps to “nearly zero-energy” buildings which will be a key input into a roadmap for decarbonizing buildings. Milestones achieved toward the GIZ roadmaps, which will contribute to the Zero Carbon Building Accelerator as part of its baseline, include the publication of two guidebook, the “Guidebook for Nearly-Zero Energy Buildings” and the “Guidebook for Energy Efficient Renovation of Public Buildings” (Turkish). While the nearly-zero energy buildings guidebook is basic and contains no guidance on implementation at the subnational level, the renovation guidebook is quite comprehensive. The Zero Carbon Building Accelerator will build on both guidebooks but offer a detailed pathway to implementation of expanded decarbonization guidance that goes beyond an nearly-zero carbon building roadmap to address decarbonization of the energy buildings use (through efficiency, electrification or clean energy), storage and urban planning. 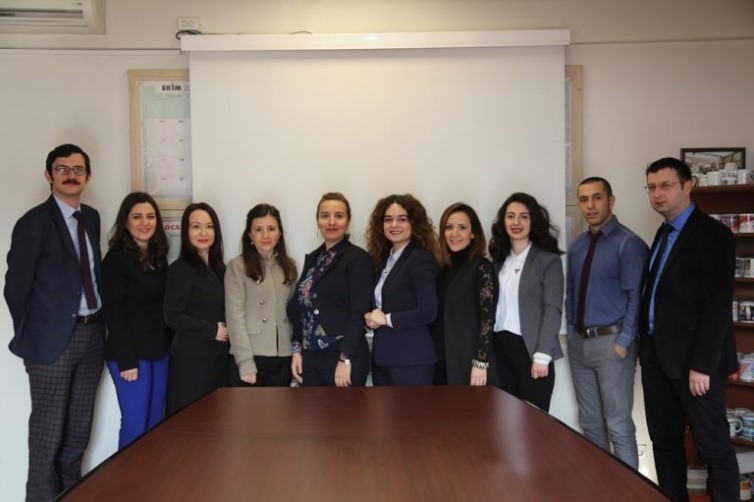 At the city level, from 2016-2020, Eskişehir progressed on buildings actions through the BEA platform. The BEA launched its deep dive project in Eskisehir in October 2016 with the establishment of an advisory board and goals of a formal commitment by the city authority to implement a policy package and pilot project with the aim of improving building efficiency at the city scale. Since then, the Eskisehir Metropolitan Municipality has introduced a local voluntary above-code building energy efficiency program, established an Energy Management Unit, designed a pilot project in compliance with above class B energy standards, conducted trainings with private sector collaborators, and issued an official decision requiring municipal buildings to meet specific performance criteria. The city also began a municipal building inventory and retrofit program including an audit of the Eskişehir Terminal Bus Station with technical plans for retrofit. With the support of the BEA, the city has designed and carried out an energy efficiency awareness campaign in public forums, began retrofitting the Bus Terminal Buildings and led the development of a 4-megawatt solar power station project.

With the success of this work and national commitments towards zero carbon buildings, Turkey was selected to be one of the first countries to participant in the Zero Carbon Building Accelerator. WRI Turkey has identified two deep dive cities: Gaziantep and Konya and begun discussions with relevant Turkish ministries to kick-off engagement with Mayors and sector leaders in those cities. The local lead, WRI Turkey, has begun a robust interview and survey process to map relevant stakeholders across the building lifecycle and build a baseline assessment that will inform a gap analysis to identify key solutions. Each city brings unique challenges to building decarbonization from capacity building to financing, which the development of local action plans will address.

The local partner for the project, WRI Turkey, has been working with the national government and expert stakeholders to perform a baseline assessment and gap analysis as they engage stakeholders across industries in surveys, interviews, and working group meetings. Once this process is completed, the analysis will inform a recommendation report with transformative actions for systemic change. This road map will be adopted by the national government and give guidance to the local action plans in Gaziantep and Konya.

5 Takeaways for Decarbonizing Buildings from COP26

Eskişehir, Turkey, To Save $4.4 Million by 2030 with New Building Efficiency Commitment